Aardvark Casting is one of Africa's largest casting agencies for babies, children and adults. Most of the students in the Helen O'Grady Drama Academy join Aardvark Casting.
THE PRINCIPAL
MELISSA WESSELS

MELISSA WESSELS B.SOC (DRAMA/PSYCH) & P.G.C.E
In 2010, Melissa began her university studies at UKZN PMB, as she studied towards a Bachelor of Social Sciences degree. Melissa majored in Drama and Psychology. Whilst studying, she joined the Helen O'Grady Drama Academy in Pietermaritzburg as a part-time teacher. Melissa began working closely with Claire Snyders, the long time owner and Principal of the Academy. Melissa’s passion for the dramatic arts, for teaching and for assisting in the development of children through the Helen O'Grady Drama System propelled her to obtain her Post Graduate Certificate in Education and to qualify as a Dramatic Arts teacher in 2014. In 2016, she was appointed Vice Principal of the Helen O'Grady Drama Academy in Pietermaritzburg, and entered a grooming process to eventually become Principal. At the end of 2019, Claire Snyders retired as Principal and handed the reigns to the extremely capable, well-trained and perfectly qualified Melissa Wessels.
OUR FEES
Our fees vary according to the length of class and location. Please contact our office for a quote. 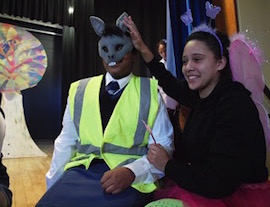 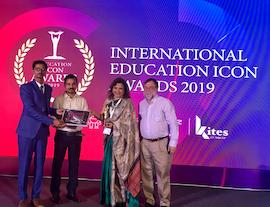 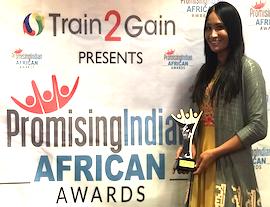 Two more to top awards for the Academy in Mauritius

Our Principal in Mauritius, Adila Budullah has just received two more top awards for the incredible work she is achieving on the island in the development of people through the Helen O'Gady Drama A... 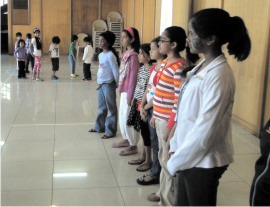 The Helen O'Grady Drama Academy has opened in Quatre Bornes, on the beautiful island of Mauritius. The Academy is already running its international drama programme in schools as an after-school act...