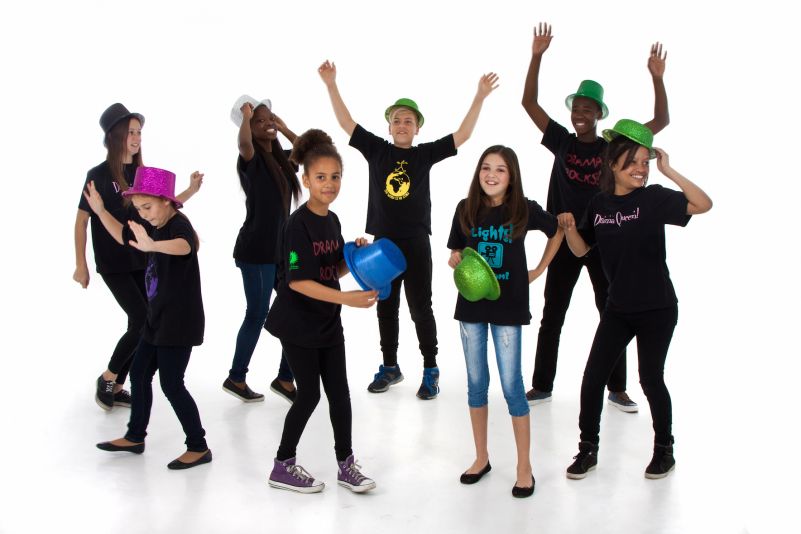 Aardvark Casting is one of the largest casting agencies in the world. Children and Adults from the Helen O'Grady Drama Academy can join this casting agency in Cape Town to take their talents further.
THE PRINCIPAL
MICHELE GRIFFITHS

MICHELE GRIFFITHS DRAMA AND THEATRE ARTS DEGREE
Paul and Michele Griffiths are the new Directors of the Helen O Grady - Cape Town South Academy
Paul, who is also Director of The Waterfront Theatre College, is an experienced theatre practitioner with an international career both as director and teacher. Michele, a former actress, is also an experienced early learning teacher.

THE STAFF
MEET OUR AMAZING STAFF

ALAN BIRCH
TEACHER
Alan first fell in love with Drama when he was introduced to it at high school. He continued his journey with the Arts by completing his BA degree majoring in English and Drama and Performance studies at the University of Kwa-Zulu Natal. Alan moved to Cape Town in early 2018 to join the Helen O' Grady team and has been teaching since then. Alan is an enthusiastic teacher and finds great pleasure in sharing his knowledge and skills with the learners and youth. He relishes the opportunity to help spread creativity and inspire confidence in those he teaches. Alan is a performer at heart but can also be caught with pen and paper in hand.

RORY LESCHINSKY
TEACHER
Rory is an AFDA graduate having earned his BA in performance for motion picture and television. Since then he has worked on the sets of television and film productions as well as in local theater with the Muizenberg dramatic society and the Guilbert and Sullivan Society of Cape Town. He has a love for music being a trained singer and a self-taught guitarist. Rory is passionate about his career as an educator. Nothing is more important to him than giving children the confidence and voice to live their best lives.
ANDREW LIGHTLEY
TEACHER
Studied musical theatre, tap and performance drama at The Waterfront Theatre School from 2005 - 2009. After college he travelled to Shanghai China to work on the traveling production of High School Musical. He went onto perform in Paris with Cape Town City Opera in the musical theatre classic Showboat. He has been working extensively in children’s theatre, producing and acting all over the country. He has focused on stage acting working in cabaret and character performance. He is very excited to be part of the Cape Town department of Hellen O’Grady Drama Academy and is looking forward to teaching the Hog students of 2020.

SUNETTE STRYDOM
TEACHER
Sunette Strydom completed her MA Degree in drama and theatre arts at The University of the Free State in 2007. She relocated to Cape Town and worked for Pieter Torien Productions at Theatre on the Bay. She worked on productions such as Evita, Phantom of the Opera and Defending the Caveman. She started teaching for the Helen O’Grady Drama Academy in 2009 and discovered an immense love for teaching drama. She is the Course director for the Helen O’Grady Holiday Stage School. When she is not teaching, she works as a stage manager and sound technician for NAF Arts Festivals (Fringe and Grahams Town Fest) and Television shows for KYK Net and SABC. As a live sound technician in the music industry she has worked with, Rocco De Villiers, Jared Ricketts, Mark Haze, Barry Hilton, Ard Matthews and Chris Chameleon. The television shows she is currently working on include “Better Assie Bure” and “Tussen Ons” Her absolute passion for teaching children and youth has only grown stronger over the years. She believes in the positive effect of the performing arts in the development of young minds through drama and communication.

TERRI THEYS
TEACHER
Terri has always been enthusiastic and passionate about Speech and Drama, performing on various platforms from a very young age. Her passion for acting developed into a passion for sharing her love of the arts with others. After a schooling career filled with dramatic accolades,Terri went on to study Drama through LAMDA for one year, obtaining a PCERTLAM (Performance Certificate) diploma, making her a qualified drama queen. She then chose to study another three years with Trinity, obtaining her ATCL diploma in teaching. Her most life changing teaching experience thus far was teaching Speech and Drama to psychotic and drug abuse children voluntarily at Lentegeur Psychiatric hospital for one year. Terri is in her 7th year with the Academy and is experienced in teaching students of all ages, from all walks of life and is extremely passionate about uplifting and empowering young people through the power of the Arts. Terri has her PCERTLAM with LAMDA and her Licentiate in Speech and Drama Teaching with Trinity College London Her prime focus is to build self-esteem, teach communication and problem-solving skills in a creative and friendly environment.

ANRAY VAN NELSON
TEACHER
Anray has taught for the Helen O’Grady Drama Academy for the past 4 years. Anray is a qualified Actress and is also a singer. She studied Professional Acting for Camera at CityVarsity where she obtained her Diploma and Advanced Diploma and also received a Shooting Star Award. She studied 1 year of music at the Cape Music Institute under the direction of Camillo Lombard and Ezra Delport. In 2011 and 2012 she worked in Spain as a tribute singer and performed in various venues. She has shared the stage with Rhema Varrie, Sasha-Lee Davids, James Bhemgee, Emo Adams, Charlyn Davids, Ramon Alexander, Munro Du Toit, The South African Youth Choir and the Take Note Band. In her end of 2nd year production, she performed in a Theatre piece called 'The Price of Meat' which was directed by Jayne Batzofin and later redirected by Rebecca Makin-Taylor for the Grahamstown National Arts Festival. Anray is also a performer in Bonfire Theatre Company. In 2016 Anray performed in the hit David Kramer musical, District Six Kanala. She went in to perform in two more of his musicals at the KKNK namely, Amper Famous(2017) and Platteland(2018). At the end of 2017, Anray scored a role in Marc Lotterings Aunty Merle the musical.
OUR FEES
Fees 2019
Our fees do vary according to the length of class and location, so please contact our office for a more accurate quote.
Special discounts are available for more than one child in a family.
Please pay your fees through your bank as cash deposits are extremely expensive for the Academy. 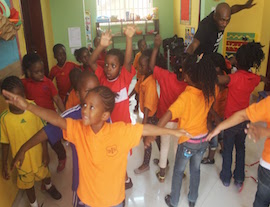 The Helen O'Grady Drama Academy for children and Adults is sweeping Ghana by storm under the direction of Royal Academy of Dramatic Art (RADA) performer, Kwaku Boateng Ankomah. Helen O’... 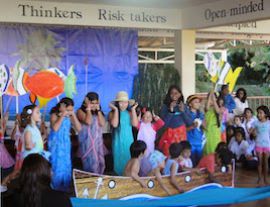 Another fantastic year for our Academy in the Indian Ocean!

Courage!   What an interesting but powerful word! Our Mauritius drama school shows how we develop children. The Helen O'Grady Drama Academy gives children the COURAGE to stand on a stage, th... 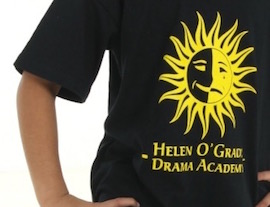 Emerson said, “Nothing great was ever achieved without enthusiasm”. At Helen O' Grady we agree with this sentiment 100%. Our classes and teachers are steered by enthusiasm bringing to l... 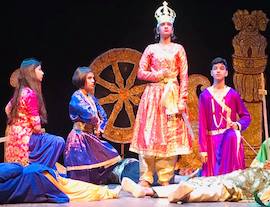