Aardvark Casting is one of Africa's largest casting agencies for babies, children and adults. Most of the students in the Helen O'Grady Drama Academy join Aardvark Casting.
THE PRINCIPAL
TIM HULSE

TIM HULSE BA (HONS) ACTING
Tim trained at the Guildhall School of Music and Drama graduating with a BA (Hons) in Acting in 1997. He then went on to act professionally for the next few years - touring Europe in several theatre productions including A Clockwork Orange and Twist and Shout (a play about the life of the Beatles). He was also on a children’s television programme call the Teddybears which ran for three seasons. He then spent the next few years in the business world working as a Sales and Marketing Manager – he ended up working for one of the largest franchise businesses in the UK. In the last few years he has found his passion for acting again and appeared in several local plays – one of which he took to the Edinburgh festival in 2010. Tim married a South African in 2005 and in May 2011 they moved to Johannesburg where he is very excited to be able to combine his love of drama with his business background by opening a Helen O’Grady Academy.
OUR FEES
Studios: R750 per term
Schools: R375 per term

Our fees do vary according to the length of class and location, so please contact our office for a more accurate quote.

Special discounts are available for more than one child in a family - contact the office for details. 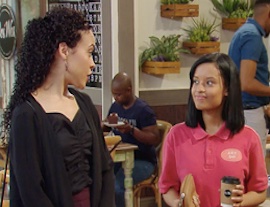 We were thrilled to read in the Weekend Argus or Cape Town that one of our former students is doing well in vibrant television industry in South Africa.    Talia Davis makes the most of... 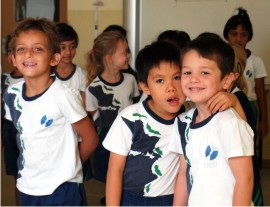 Our Maurtius Academy is forging ahead with their development. Schools on the island really do believe that: Drama education is an important means of stimulating creativity. It challenges children's... 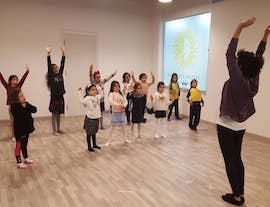 The Helen O'Grady Drama Academy in Cairo has now opened a dedicated studio for the development of drama on every day of the week, including Saturdays. This famous drama programme is extremely popu... 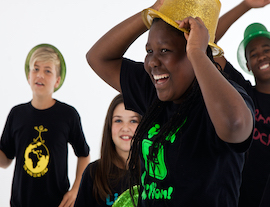