Aardvark Casting is one of Africa's largest casting agencies for babies, children and adults. Most of the students in the Helen O'Grady Drama Academy join Aardvark Casting.
THE PRINCIPAL
JULIET JORDAAN

JULIET JORDAAN ATCL LTCL
Juliet received her Licentiate Teacher's Diploma in Speech and Drama from the Trinity College of Music, London in 1993. She opened her own drama studio in Johannesburg in 1994, where she taught children ranging in age from 4 – 16. Through word of mouth her numbers quickly increased. Many of her students excelled in the South African Guild of Speech and Drama and Trinity College of Music exams. Although Juliet was involved in Industrial Theatre and script writing, her passion lies clearly with teaching children. Juliet moved to Cape Town in 2005 where she taught for the Helen O' Grady Drama Academy for three years. In 2009 she relocated back to Gauteng to open Helen O' Grady Pretoria. She believes very strongly in the importance of clear speech, communication and self expression. She is married to Steve and they have two sons, Andrew and Aidan.
OUR FEES
2020 FEE SCHEDULE
Studios: R850 per term (4 term)
Schools: R700 per term (4 term)
Kindy: R500 per term (4 term)
Kindy: R550 per term (3 term)
Beaulieu: R950 per term (3 term)

Our fees do vary according to the length of class and location, so please contact our office for a more accurate quote. 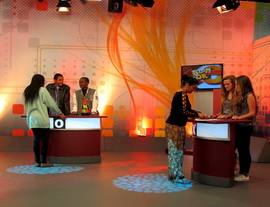 16 of the Helen O'Grady Youth Theatre students from our Kensington and Sandton studios had great fun going on set of the SABC 1 YOTV game show "Blom or Vaya". The students paired up with ... 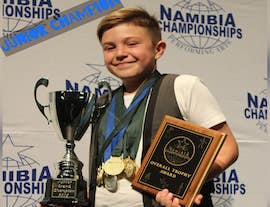 Jaime Oosthuizen from our Namibian Academy and the son of our former Helen O'Grady Principal, Simone Oosthuizen,  participated in the Namibian Championships of Performing Arts and was awarded ... 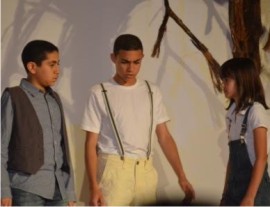 'To Kill a Mockingbird' performed by the Cairo Helen O'Grady students

The Helen O'Grady Drama Academy is pleased to announce the start of the run of 'To Kill a Mockingbird' in Cairo. This professional performance has been produced by Principals Gina El Zoheiry and Ma... 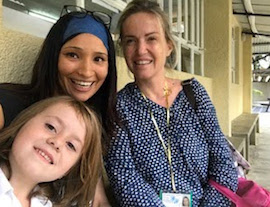 Thanks to the Helen O'Grady Drama Academy's global network, a student from Helen O'Grady Malta recently moved to Mauritius where she is able to continue the same international drama programme to th...