SURULERE
Making a difference through Drama

HOLIDAY PROGRAMMES
NEED SOME EXCITMENT IN YOUR HOLIDAY?

Aardvark Casting is one of Africa's largest casting agencies for babies, children and adults. Most of the students in the Helen O'Grady Drama Academy join Aardvark Casting.
THE PRINCIPAL
IBUKUN FASUNHAN

IBUKUN FASUNHAN B.A, M.A (THEATRE ARTS)
Ibukun Fasunhan is a stage manager, production manager, director and an actor. He has stage managed over thirty productions which includes; ‘Saro the Musical’, ‘Make We Waka’ by British Council Lagos Theatre Festival, ‘Rubiewe’ an adaptation of Beauty and the Beast, Wole Soyinka’s ‘Death and the King’s Horseman’, ‘Camwood on the leaves’, ‘Madmen and Specialist’ ‘Fear Abides With Me Constantly’, ‘Full Circle’, and ‘Heartbeat the Musical’. He has also directed plays like ‘Maybe Tomorrow’, and ‘Many Colours Make The Thunder-King’, amongst others. He was the Associate Producer for British Council Lagos Theatre Festival 2016.
He has been involved in several children theatre plays in Nigeria, and has directed children for both screen and stage plays. He also co-authored a book titled ‘Cultural and Creative Art: Comprehensive Text on Music, Fine Art and Drama for Junior Secondary Schools’ from Basic 7 to 9 in Nigeria, and holds a Bachelors and Master’s degree (Distinction) both in Theatre Arts from the Creative Arts Department, University of Lagos.
OUR FEES
Our fees vary according to the length of class and location so please contact our office for a quote. You can also call +2349039030744 or send an email to surulere@dramaafrica.com 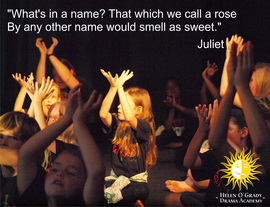 The Helen O' Grady Productions are 8 short weeks away so rehearsals kicked off this week! All three studios in Worcester, Robertson and Montagu will be participating in the Productions.  The y... 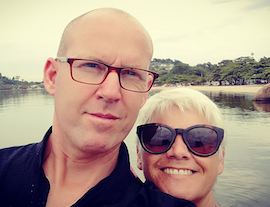 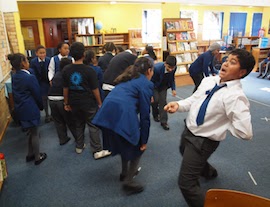 Soon children in Cape Town will be performing in their annual Presentation Days at schools and the Academy's private studios. This is one of the many opportunities the Academy offers for parents an... 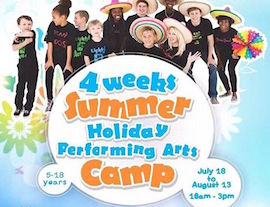 Another fantastic Holiday Stage School in the Lagos Island Academy

We are so lucky in the Academy to provide children with such amazing opportunities. The famous Holiday Stage School which run throughout Africa are always amazing and give children an another dimen...