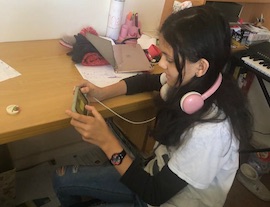 Drama is probably one of the hardest classes to teach online because of the interaction needed from students but the Helen O’Grady Drama Academy based in Africa has developed an online course that is safe, secure and easily accessible on a mobile phone, for any child anywhere in Africa, and this has proved to be the winning formula.

The Academy now hopes to reach many rural communities throughout the African continent, who, never before were able to partake in such a drama programme. And now through its online site www.helenogradyonline.com it is now getting enquiries from all over the world.

In this photo, Hannah Hundermark (aged 12) from Cape Town, South Africa, is following the Helen O’Grady Drama Academy’s ONLINE course on her mobile phone and loving it. Online tuition has become important in recent days but providing accessibility for children in homes where parents are working online and other siblings are also following online classes becomes a big problem as there may not be enough tablets and computers to go around. Also, particularly older children want privacy from parents if they are working on performance projects. It was with this in mind that the Academy in Africa was looking for an ONLINE course that was safe and secure, but also allowed accessibly for children and adults with a portal that was mobile phone friendly.

Much research was completed on what other educational organisations were using and whether drama would lend itself to live video conferencing or prerecorded classes. From this research, it was found that the best medium for teaching drama, particularly in Africa, was through high quality pre-recorded lessons, loaded on to the Facebook Social Learning Groups Portal.

Not only do the classes become assessible on mobile phones but they also can be viewed at any time and in any place. This is a huge advance to children in Africa as often the network connections are poor and having a fixed video conferencing call can be a waste of time with a poor connection. Likewise, now their normal schooling has gone online, a part time drama course such as the Academy’s will play second fiddle to their mainstream school and students will not necessary be able to attend during a set time prescribed.

Leading mobile and digital specialist, also a parent of the Helen O’Grady Drama Academy, Lynette Hundermark (Chief Product Officer and founder of Useful and Beautiful), says: “Mobile has always been the dominate source of information consumption in Africa back from 2001, where people had more access to a phone than drinking water, so this is nothing new. However very few companies focused on getting their platforms mobile optimized up until recently, especially in the education space. With the current global pandemic and forced quarantine and isolation, there has been no choice but to enable online learning.

However, going online especially in education, is not a matter of switching a button, careful thought and planning on the mechanism to deliver is required and accessibility to data and devices is paramount. Not everyone has access to pcs and laptops in their homes, but it’s a given that almost everyone has access to a mobile phone so content needs to be presented in a form that is device agnostic and be available at any time, pretty much the same as how on-demand streaming applications work such as Netflix , Showmax, Spotify, etc. Unfortunately, data costs in Africa are still an issue which is not something that can be controlled by a third party but content should be available on services that don’t incur too much data costs on the consumer.

“Kids also need content that is going to be fun and engaging, so there is even more pressure on the educators to develop content for online – taking a text book and simply repurposing it won’t work. When it comes to extramurals especially, speaking as parent, kids don’t want it to be seen as school work (given they have to spend more screen time doing school work) so having this in the form of entertainment on their mobile phones is definitely more appealing and engaging (similar to gaming or entertainment apps).

“Security and safety has to be at the heart of everything especially when it comes to children, especially in the online world, one must never be complacent of that and assume things are secure because it is developed by a high profiled company (look at Zoom), so password protection on learning sessions must never be neglected.”

“Children learn lessons such as mime, movement, speech training, film acting and improvisation by experts in the fields of performance arts. The course is broken into clear units. Students have the satisfaction of ticking off each unit as it is completed. The teacher is very clearly able to monitor the student’s progress with the video content. We already have many future stars in the making!”

During this drama course students are encouraged to send video assignments back for assessment and monitoring of their level of performance of the task. For example, a child may finish the movement section and be required to send back a video to show a shortdance. Or they may complete a play with the teacher. Parents can film the child improvising with the teacher.

Unlike, live classes, parents of younger children from 3-9 years are also encouraged to become involved in the learning process.

To see video clips of the Academ's programme in action, please head to our facebook page: www.facebook.com/helenogradyafrica 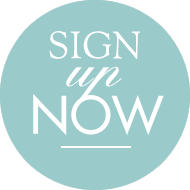 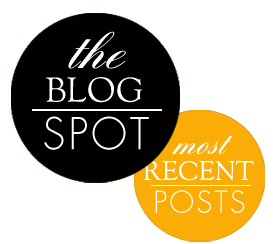 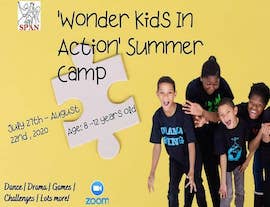 Won't you want your kids to learn profound positive values that will help them grow into wonderful humans? This is exactly what they will get at the 'Wonder Kids In Action' Summer Camp starting nex...

Bored during the Holidays? Come and join our unique acting programme in Kenya where at the end you will perform in an incredible production ONLINE.  From page to stage in a week with our FUN,...

Drama is probably one of the hardest classes to teach online because of the interaction needed from students but the Helen O’Grady Drama Academy based in Africa has developed an online course... 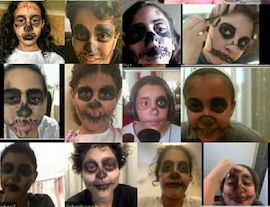 Helen O'Grady Drama Academy Cairo starts its amazing ONLINE summer camp What can be more fun during the holidays than our amazing summer camps which include a variety of activities from dram...